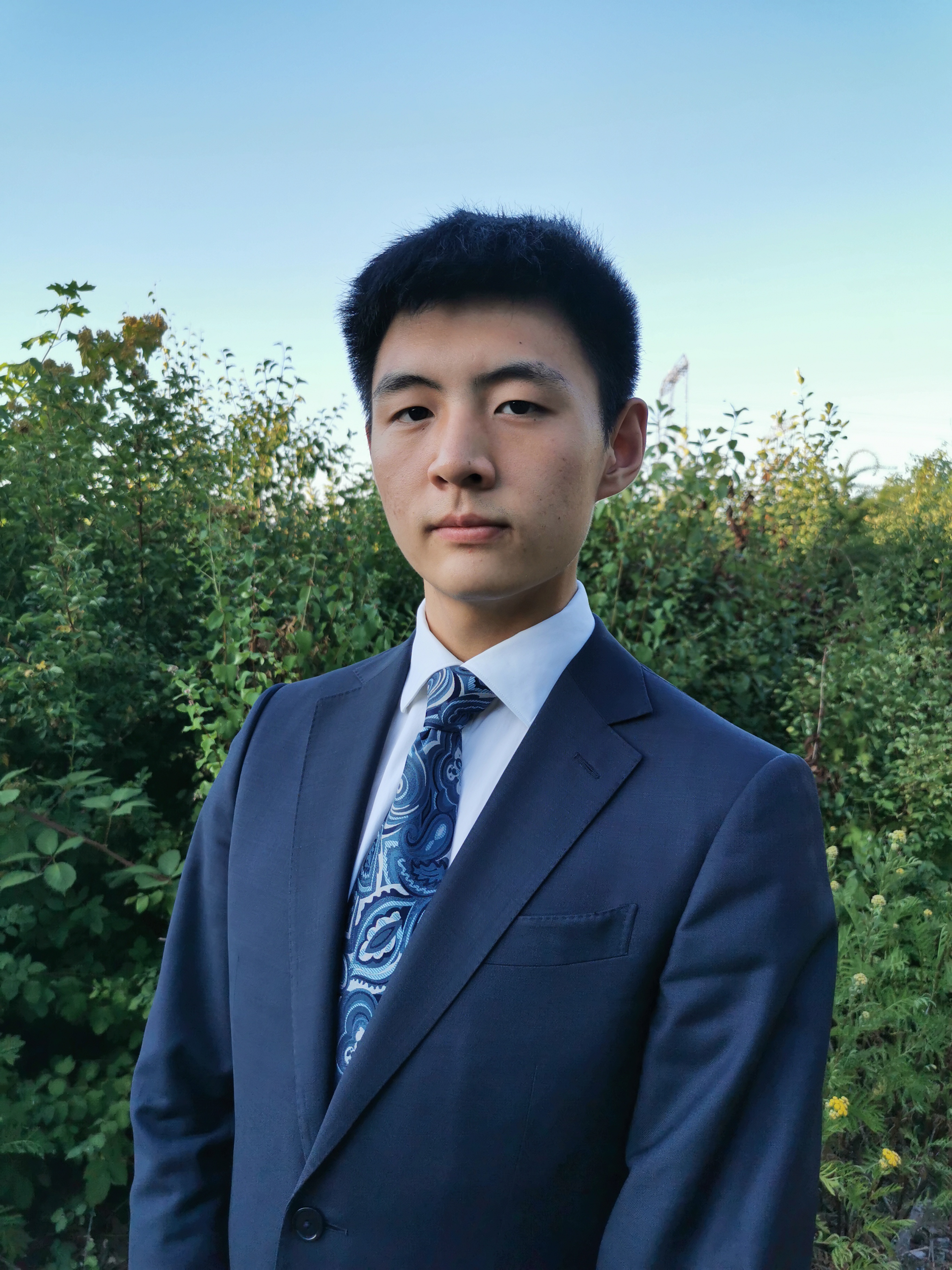 William Wang is a senior at Semiahmoo Secondary in the International Baccalaureate Program, and he is honoured to serve as this iteration of Oakridge Model United Nation's Secretary-General. Having been lured into the world of debate through the rewards of spicy debates and passionate delegates, William learned about the intricacy of MUN, and how rewarding it can be. Through diplomacy, both public and secretive accords, and most importantly, cooperation, Model United Nations has truly opened the doors of civil debate to all those who apply! When found outside of his room passionately debating at a screen, he can be found trying to relax only to have the weight of IB crush his soul. William will dedicate himself towards this conference, to ensure the optimal experience for both experienced and fresh delegates, and is more than excited to meet everyone in November at Oakridge Model United Nations III! 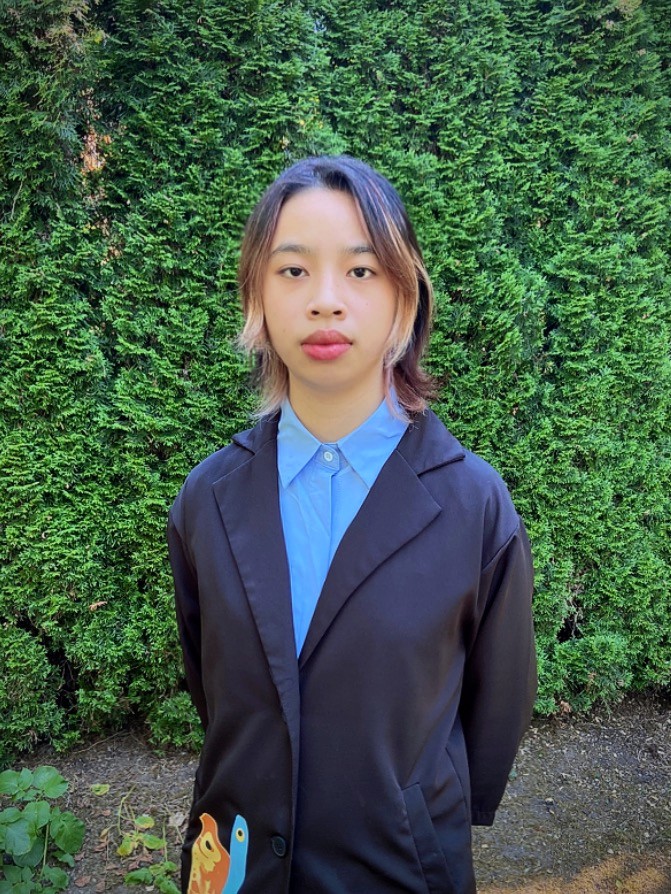 A senior at Semiahmoo Secondary, Enoch Hu has the greatest honour of serving as the Director-General for OakridgeMUN. Having been with Oakridge since it first began she now welcomes both old and first-time attendees through a journey of debate, leadership, and of course, fun. To her, MUN is more than just a group of people spending a weekend in suits, it’s instead a great opportunity to foster connections and a passion for diplomacy, this is the vision Enoch hopes to bring to all delegates and staff alike. In their spare time outside of MUN you can often find them hunting down new restaurants, spending eons cultivating a new spotify playlist or completely vibing out on the spot. Enoch looks forward to meeting everyone and hopes OakridgeMUN will serve as an unforgettable experience for delegates! 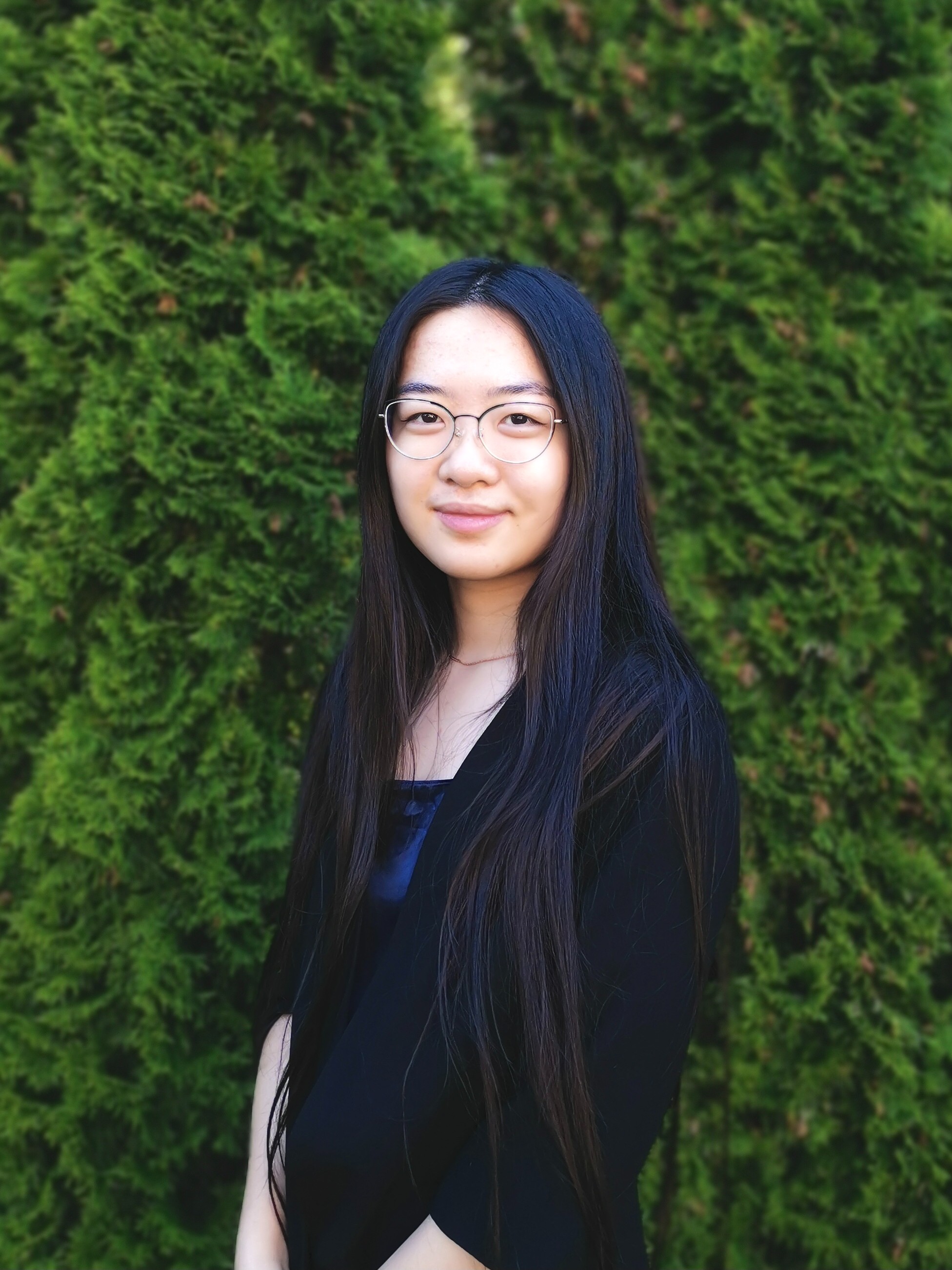 Entering her last year in the International Baccalaureate Program at Semiahmoo Secondary, Taoyi is honoured to serve as the Chief of Staff for OakridgeMUN III. Though she attended her first conference later than most, Taoyi was immediately captivated by the collaborative environment and spirited debate that the world of Model United Nations has to offer. Throughout the years, whether a delegate or staff member, Taoyi has formed countless friendships and made invaluable memories that she will cherish forever. When not stressing over the next deadline for a conference, Taoyi can be found struggling to understand her Math homework, taking too many naps, and lamenting that there are not enough hours in a day. Whether attending OakridgeMUN as a veteren or beginner, Taoyi is looking forward to seeing everyone and hopes all delegates will enjoy themselves at OakridgeMUN III! 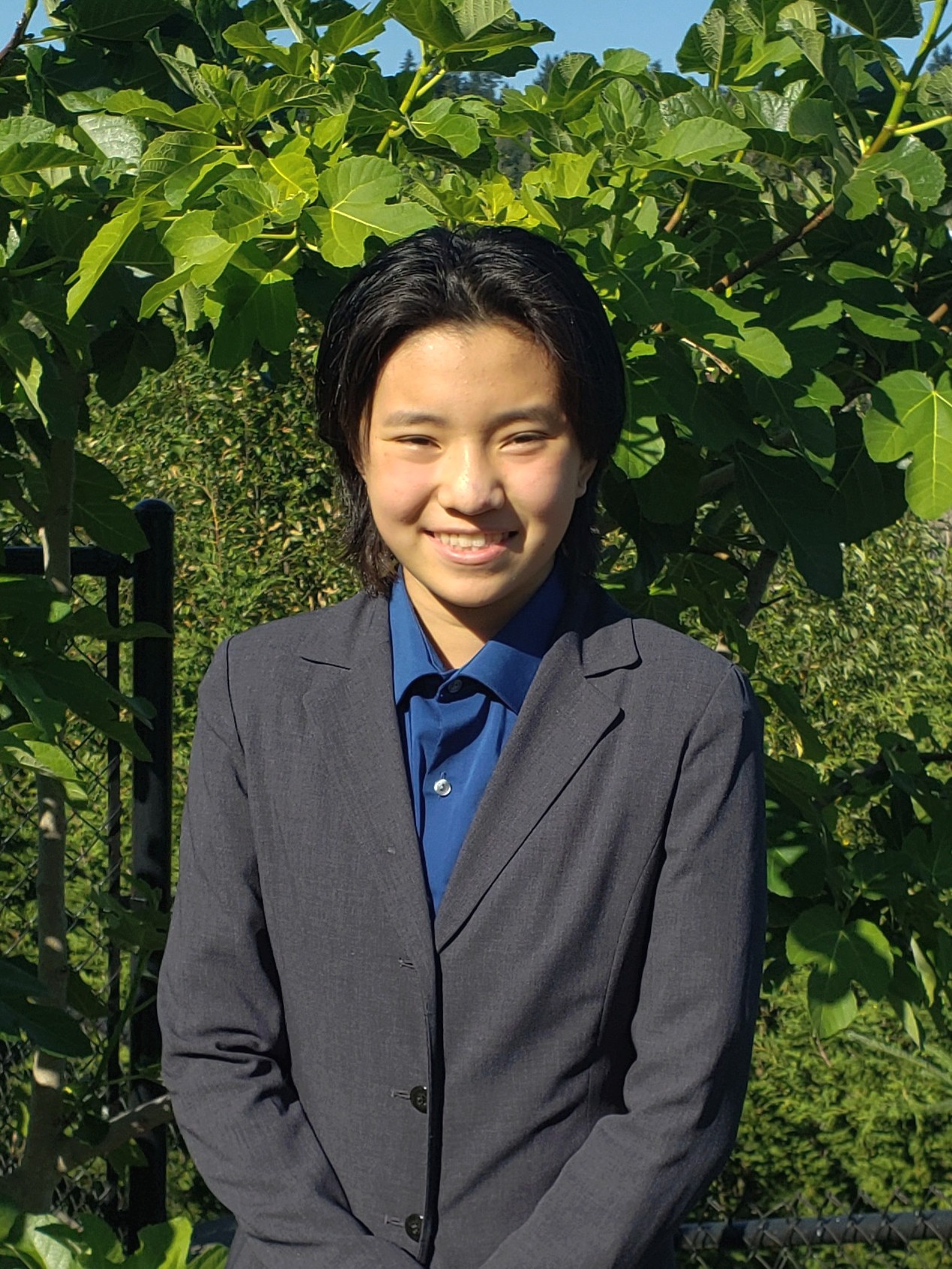 Emily Mo is currently a sophomore at Inglemoor High School and is thrilled to be serving as your USG of committees! Starting off as an unwilling delegate forced by her parents to do MUN, she has grown to fall in love with Model UN, especially the delegates. Aside from Model UN, Emily enjoys swimming, listening to music, and sleeping. She hopes to see you at the conference! 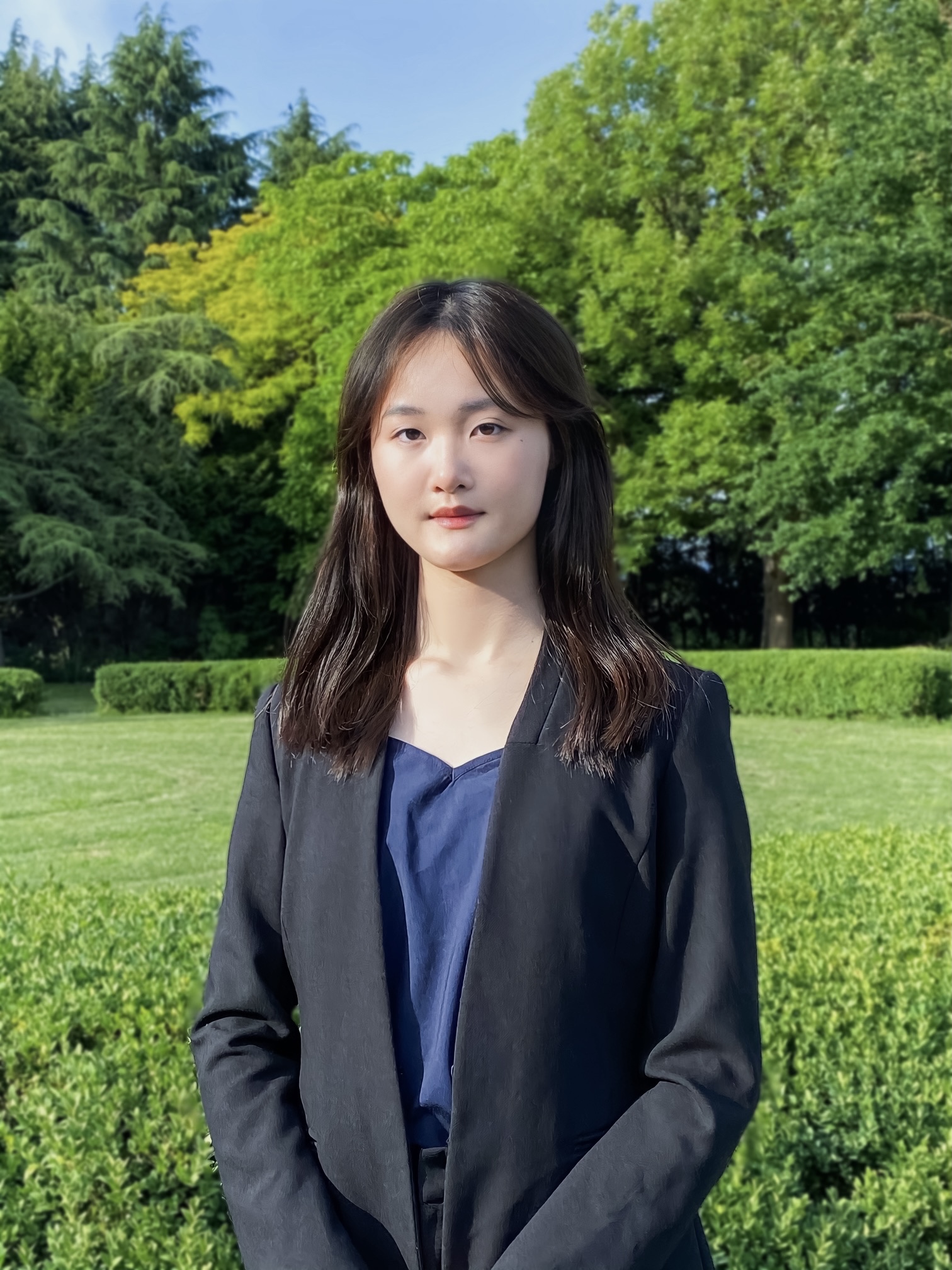 Currently a senior at Steveston-London Secondary School, Sarina is honoured to be serving as the USG of Marketing at OakridgeMUN III. Ever since her first Model United Nations conference, she found herself completely mesmerized by the nuances of debate, diverse perspectives, and invaluable learning experiences MUN has to offer. Throughout her time in Model UN, she gained opportunities to interact with like-minded individuals to enrich her passion and knowledge in international politics. Outside the realm of MUN, Sarina does not have much free time; she is often found studying for her upcoming exams. Sarina wishes all the delegates the best at OakridgeMUN III. 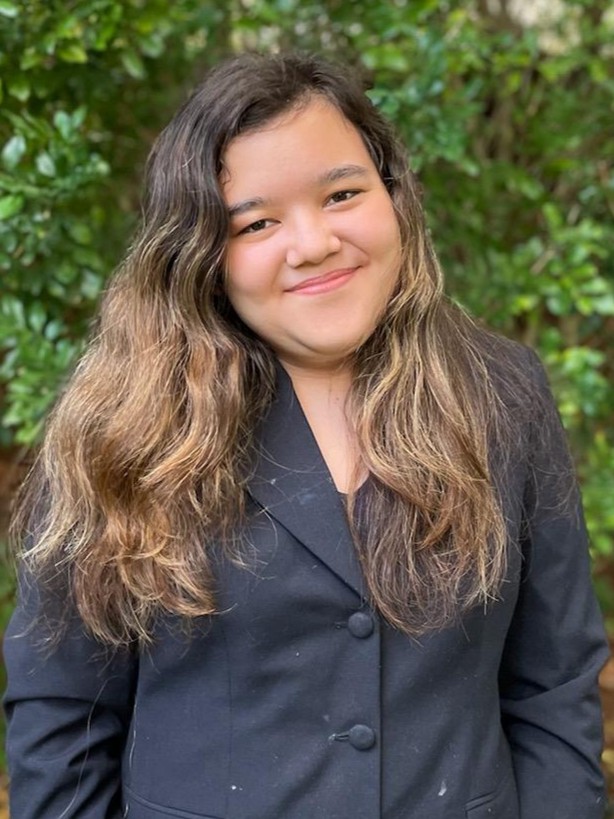 Emily Heyler is currently a rising senior at 'Iolani School in Honolulu, Hawaii. When she was introduced to the Model United Nations' world a couple of years ago, Emily was immediately drawn to the competitive debate, rigorous research, and realistic diplomacy. From debating Bloody Sunday at PACMUN 2019 to getting lost with her MUN team while attempting to look for food during VMUN 2020. All in all, Emily is grateful for the friendships she made through this activity and for overcoming her fear of public speaking. Emily is honored to be your USG of Outreach OakridgeMUN 2021. Outside of Model United Nations, Emily can be found leading her school's congressional debate team and theatre program, attempting to finish her assignments for classes, and planning a significant event that she knows will not happen. Emily is confident that all delegates will enjoy the thrilling debate of OakridgeMUN 2021! 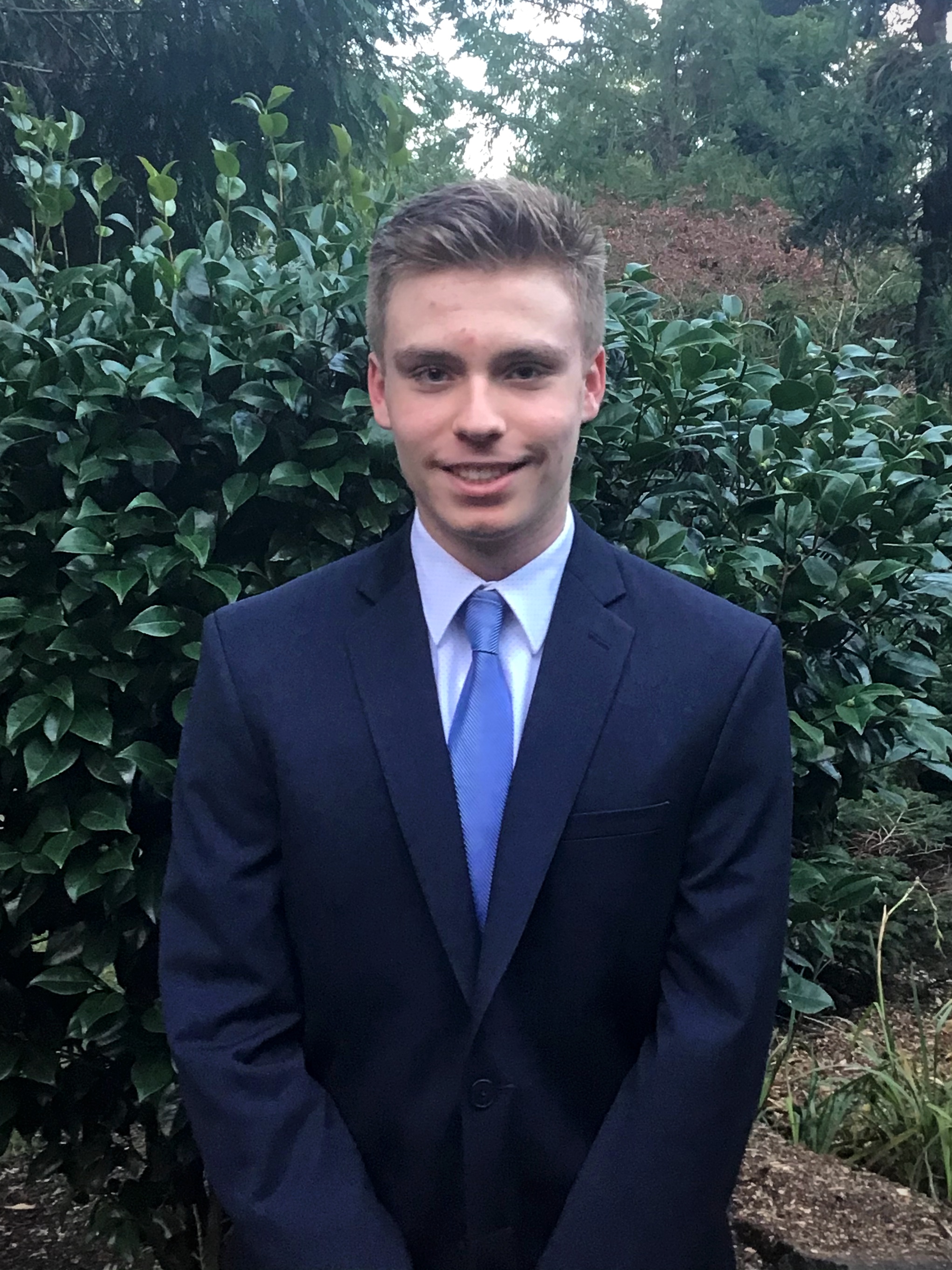 Currently a sophomore at Bellarmine Preparatory School in Tacoma Washington, Sam is excited to be serving as the USG of Delegate Affairs for the third iteration of OakridgeMUN. After being introduced to Model UN in sixth grade, Sam has found great joy and passion in the activity of MUN. When he is not serving on staff, secretariat, or attending conferences, one can find him reading or playing tennis. When Sam first heard about OakridgeMUN he was intrigued by the conference and its mission.Sam is looking forward to meeting all delegates attending OakridgeMUN III and wishes them the best of times.